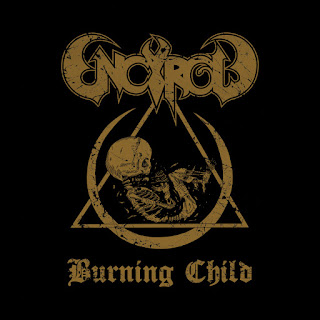 After a couple of years in hiding, Denmark’s speed/heavy metal juggernaut Encyrcle has returned with a new EP. Anyone salivating at the thought of a new album from this band might be disappointed to hear that it has just 3 full-length tracks, and 1 of them is a cover. Nevertheless, this is a perfect dosage that allows Encyrcle to demonstrate exactly what they’re about to both newcomers and fans who have been around since the debut. Interestingly, the record opens with an uncharacteristically positive melody, showing the band’s eclectic set of influences. Though they are fairly comfortable in the speed/heavy pocket, Encyrcle is much more than just a souped-up Iron Maiden or Judas Priest.

One of the defining characteristics of the band is their wailing singer. In the grand scheme of this style of music, he isn’t particular impressive. Encyrcle’s vocalist doesn’t hit notes that are in the stratosphere, nor does he even hold a pitch for very long. Many of his lines waver somewhat uncontrollably. For many bands this would be a deal breaker, but Encyrcle makes it work by creating an otherworldly feel to some of their music. Sometimes they wander on and on, allowing the guitars to float around with some different melodies or riffs. Where they’re going isn’t clear, but they always arrive somewhere interesting.


It is this unique mix of sounds that is likely to make or break “Burning Child” for you. If, like me, you prefer things to be a bit more traditional, more predictable, and based around obvious hooks, then Encyrcle is unlikely to capture your attention. But the band deserves credit for taking a heavy metal sound and twisting it on its side just slightly. Surely, “Burning Child” will get better with repeated listening, as the music becomes easier to follow and the subtleties will be clearer. No matter your personal preference or traditional heavy metal, “Burning Child” is well worth a few spins as a breath of fresh air. 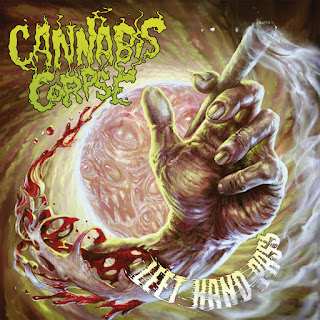 It’s impressive that after so many years and now a string of successful albums, US death metal group Cannabis Corpse continues to be hilarious. “Left Hand Pass” is their most recent effort of authentic old-school death metal odes to drugs, and picks up where the last two records left off. The band’s musical success is largely because of their adherence to a strict formula of worshipping bands in both name and sound. Cannibal Corpse is still the primarily point of reference musically; despite name drops to groups like Bolt Thrower, Entombed, and Monstrosity, it is the original Cannibal Corpse that is the most comparable band.

Cannabis Corpse has an uncanny ability to interweave huge grooves (with a definite Paul Mazurkiewicz influence in the drumming) with more traditional, breakneck death metal riffs. The band also tends to incorporate small amounts of dissonance in their riffing, to create a slightly more technical feel to the music. This is obviously a far cry from even the older technical death metal bands like Atheist, but does separate Cannabis Corpse from the crowd slightly.

Relative to some of the band’s past work, it feels like the bass playing has taken somewhat of a backseat. It does make sense, as the previous album, “From Wisdom to Baked”, marked Landphil’s first time doing vocals for the band. Truthfully, loud heavy bass isn’t a requirement for this type of music, and it only feels expected because Cannibal Corpse uses it so effectively. Nevertheless, it is still there, and doesn’t detract from any of the songs.

From a production standpoint, “Left Hand Pass” is what all death metal bands should strive for. It’s clean enough to the point that it doesn’t sound like it was recorded in a shed with tin can drums, but also muddy enough to reflect the downtuned, aggressive bite of the guitars. It helps that the music doesn’t consist of constant blast beats, as this gives the band much more room to play around with this sound. In fact, there are some moments where a thrashier drumming approach creates a significantly different feel, hearkening back to the truly early death metal groups (think 1987-1989 or so). “Chronic Breed” is the unquestionable standout for its thrash influence, but this sound pops up elsewhere on the record.


There aren’t many necessary points of improvement for Cannabis Corpse. Few bands have such an exceptional understanding of why death metal used to be amazing. Though “Left Hand Pass” doesn’t have the songwriting chops of previous works like “Beneath Grow Lights Thou Shalt Rise”, it is nonetheless an impressive offering of death metal. The real question is how many more brilliant song titles can the band come up with? 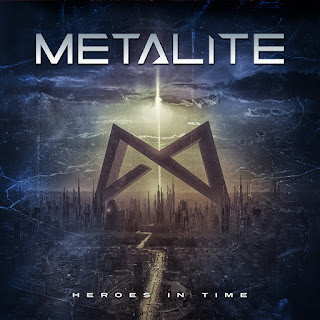 Throughout the history of heavy metal, there have been a handful of bands that found names that perfectly suited their music. The most obvious example would be Metallica, simply for their quality and status as metal titans. However, Sweden’s Metalite is certainly another apt choice. Put simply, this band is metal “lite”, to the point where it is questionable if it is metal at all. Rather than the gloriously cheesy approach of Power Quest or Freedom Call, Metalite’s tendencies are far more pop-inspired. If you took away the semi-crunchy guitars, there would be almost no metal in their sound at all. Actual riffs are in short supply. Nearly every song is a savory sweet sing-along anthem that is overflowing with sugary melodies, delivered via twin guitars or the angelic vocals of lead singer Emma Bensing. There isn’t a lot of variety, with most songs having the same runtime and general sound.

These comments all sound like criticisms, but they really aren’t. They’re more of a warning for what you’re getting into with Metalite. Truthfully, the band is very adept at what they do. Even if the band isn’t rocking hard at every moment, they’re always building to a chorus that explodes with enthusiasm. Many tracks have huge keyboard melodies with driving rhythm guitars underneath before letting the singer do her thing. Her voice is most similar to any number of singers for similar pop metal bands. She certainly doesn’t have the range of even level of expression as Tarja or Floor from Nightwish, for example (ironically, it’s arguable that all of these bands can be traced back to Nightwish).

The very things that define Metalite are also part of the reason why they don’t reach their full potential. Make no mistake, tracks like “Afterlife” and “Nightmare” are some rocking tunes, but the band’s unwillingness to add any more metal elements to their sound holds them back. If each song had mind-blowingly technical solos that could compete with modern power metal bands, higher average speeds, and more riffs, they would capture the power metal audience. Instead, their choices leave them solely with the pop side of metal, but more importantly, these choices also make the band feel very safe and reserved. “Heroes In Time” lacks any elements of surprise, and once you’ve heard one song, you’ve heard them all. Ultimately, this means that while this is an enjoyable record, it is unlikely to be one that you’ll reach for time and time again.