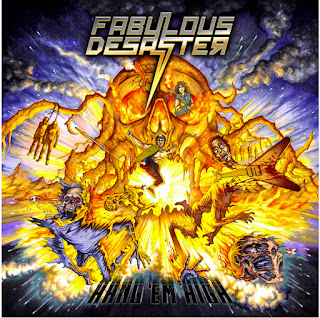 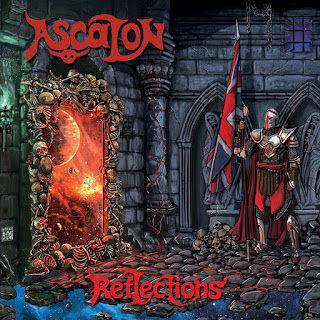 2016 might be starting to wind down, but there is no shortage of awesome releases still to come this year. One such example is the upcoming debut EP from Ascalon, entitled “Reflections”. The cover art might lean in more of a power metal direction, but this is simply classic heavy metal. With their roots in the UK, it is no surprise that Ascalon has a sound with tons of Judas Priest and Iron Maiden influence. Their rocking music leans more towards the former, but there are plenty of Maiden-esque harmonies scattered throughout this release as well. The band pushes the dueling guitars to their limit on the title track, which opens with some of the most daring and exciting guitar parts on the record. This stomping track will do more than simply get your head banging, as it shows an inspired sound that few modern bands have.

From an execution standpoint, “Reflections” gets everything right. The production is excellent, with crunchy guitars that sound great whether they're unleashing riffs or melodies. The vocals might be a bit far back in the mix at times, but Ascalon really is a band where the guitar playing shines the most. Their singer has a slightly limited range compared to vocalists like Rob Halford or Bruce Dickinson, but he fits the music well. He is primarily successful because of the effort he puts into his performance (there are a couple of particularly great screams on this EP), which is true of the band as a whole. “Reflections” is consistently energetic, and even if it does occasionally slow down in a song, the band never sounds bored. “Red Leather” is an interesting example where the verses move at high speeds, yet the chorus slows down for a more simplistic approach. The result is a track that is extremely memorable.

The best song, however, is “The Enforcer”. Not unlike the title track, it opens with a wandering lead guitar piece (also similar to the interlude that precedes “The Enforcer”). It doesn’t take long for the track to explode into yet another rocking tune, filled with quality riffs. The theme on this EP is pretty consistent, but at just 35 minutes, there isn’t much time for “Reflections” to get repetitive. The final 3 tracks on this release come from a demo the band put out in 2013, but you’d never know, as they fit in line perfectly with the rest of the record (both in sound and production quality).


Though “Reflections” likely won’t be seen as a genre-defining record in 20 years, it will be one of those classic gems that serious collectors need. There is more than enough interesting songwriting and exemplary riffing to make this a worthwhile release. Ascalon has a lot of potential, and it is likely that their best is yet to come, but until then, pop in “Reflections” and enjoy!