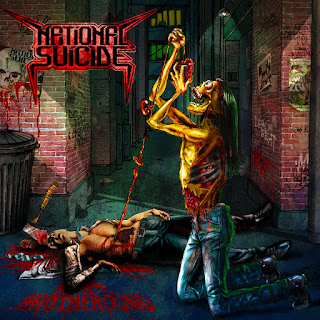 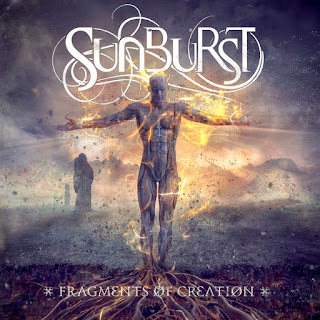 “Fragments of Creation” is the first album for the Greek progressive power metal act Sunburst. Their sound combines modern progressive elements with a more traditional, catchy power metal sound, recalling bands like Kamelot, and at other times, Nevermore. This description is typically enough to scare me off, but Sunburst is much better than the aforementioned bands. While there are still numerous instances of 7-string chugging riffs, Sunburst manages to overcome this by writing diverse, memorable songs with dazzling guitar work.

There is no doubt that the star of this record is lead guitarist Gus Drax (apparently if you are from Greece and your first name is Gus, you need to be a god at guitar, as his Firewind countryman is also a major shredder). His imprint is all over this record, with every single track having some of the most impressive soloing I’ve ever heard. There are some songs, like “Symbol of Life” and “Beyond the Darkest Sun”, where the band lets him loose as often as possible, and he provides the most stunning guitar work of the entire record. The former song opens with an insane tapping pattern (Gus has a playthrough video up on YouTube that is well worth watching!) that will make you want to quit playing guitar because it’s so good. The other songs do have a lot of lead playing as well, but it is these tracks where that seems to be the focus.

The other major point of note on this release is the vocal work of Vasilis Georgiou. He would be a perfect fit for Kamelot, and while I don’t particularly enjoy either of the main singers of that band, his performance on “Fragments of Creation” is effortless. He has a clear, soothing voice that works in great contrast to the heavier guitars, resulting in a laid-back, introspective sound. This proves even more effective on the ballad, "Lullaby". There are occasional moments of greater aggression (particularly when the band utilizes harsh vocals in the last two tracks), but in general, the singing on this album tends to be a bit more restrained.


When it comes down to it, however, you can have as good of a guitarist and singer as you want, and it means nothing if the songs are bad. This is why, much to the dismay of many, Kamelot bores me to tears, yet Sunburst has created an album that will remain in rotation for a long time. Tracks like “Dementia” and “Break The Core” are eternally catchy. It’s clear that the band has put a lot of time into crafting these songs, and ensuring that there are plenty of hooks, alongside excellent guitar work. There isn’t too much to be said for the bass playing and drumming on this album; it is competent and gets the job done. This style doesn’t leave a lot of room for the rhythm section to shine, but the rest of the band makes up for it. Overall, “Fragments of Creation” is a major success for the progressive power metal subgenre. Most bands in this style are a struggle for me, but Sunburst has executed everything so well on this record that it’s a must listen!