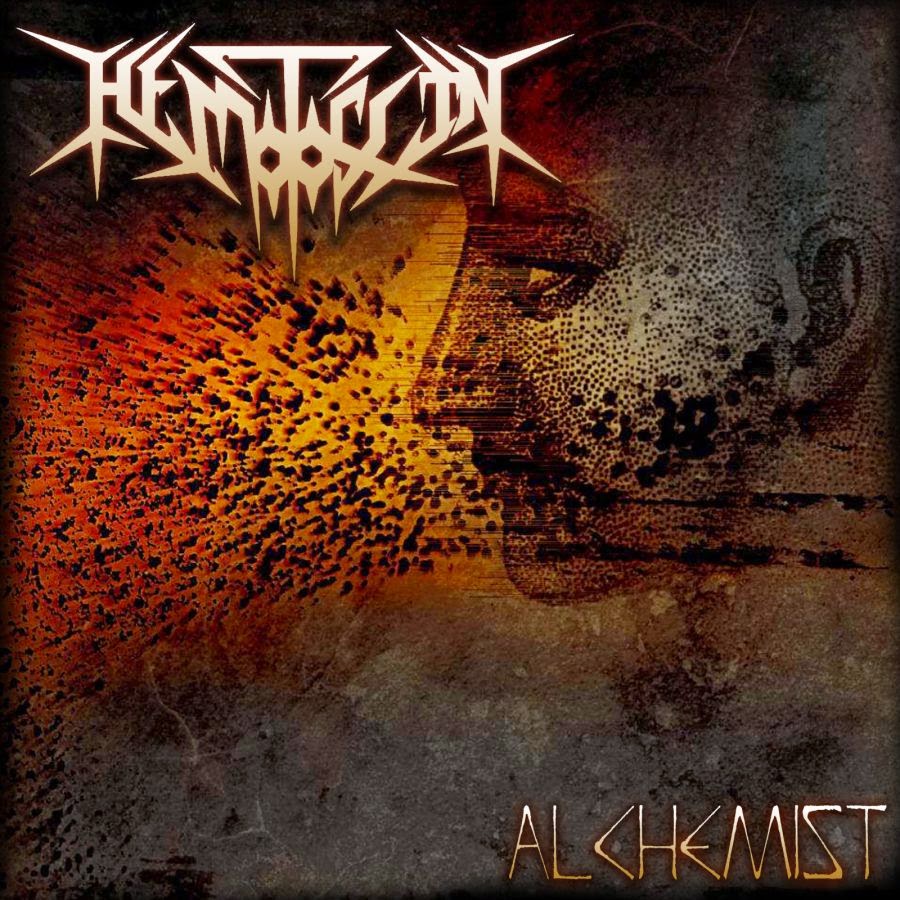 After a full-length last year, along with a slew of demos and other releases recently, California’s Hemotoxin put out an EP in early 2014 that is meant to continue delivering their extreme brand of thrash metal. “Alchemist” is a relatively brief experience; however, it is filled with great riffs, heavy moments, and is ultimately quite solid. There are only three full original tracks here, as the first song is an intro and the last is a Black Sabbath cover.

Things really get going with the title track, which is absolutely vicious. The riffing is more in the technical and progressive vein, and would be right at home with bands like Hexenhaus, Forbidden, or any other number of sideways thinking thrashers. In direct contrast to most bands in this style, Hemotoxin’s vocalist is aggressive beyond belief. Tearing through vocal cords with seemingly no regard for his health (or the listener’s!), he unleashes some screams that walk the line between thrash and death. As you might expect from a more technical band, he isn’t the only exceptionally skilled member of the band. The drumming is both intense and impressive, and even throws in the occasional blast beat (such as on “Incessant Existence”). Both guitarists show the ability to play riffs that compete with any band out there, but also have a fantastic melodic sensibility. Whether it is through harmonized riffs (again on “Incessant Existence”) or just more unique riffs than your standard thrash fanfare, Hemotoxin’s axemen unleash a fury of interesting guitar lines. There isn’t quite as much bass as I’d like to hear, but when it does show up (primarily on "After Forever"), it’s just as solid as the rest of the band.

Aside from the band’s original material, the cover of “After Forever” is interesting. Although Black Sabbath is almost too easy of a target for covers, it’s always fun to hear how bands in completely different styles interpret their music. If the first few tracks didn’t make it clear, Hemotoxin’s singer is no Ozzy Osbourne, but that doesn’t mean he can’t do justice to the song. While not necessarily a highlight of this EP, “After Forever” is the type of cover that EP’s were made for.


One thing I think is worth adding is that the production on this release is really strong, but that fact isn’t always noticeable. I like to test albums on both good and bad quality speakers because you can’t always take higher-quality speakers with you. What became clear is that this release is just a bit too much to handle on substandard sound systems. There is a lot going on during “Alchemist”, and it’s more suited to sound systems with a better range. While the music still stands on its own, this is one release that is much better enjoyed with a better sound system. 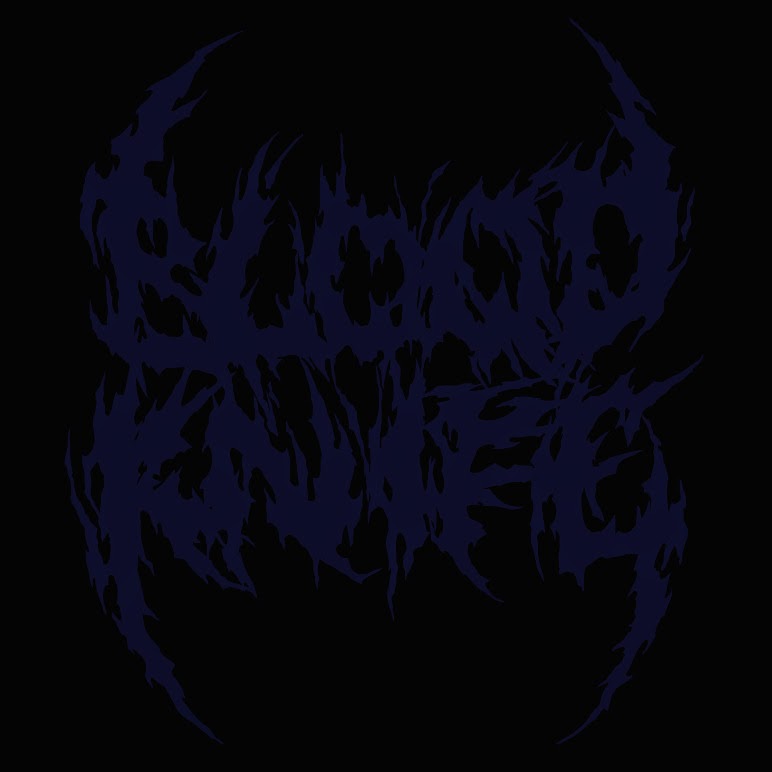 Blood Knife comes from Boston, which is famous for the many, many bands it is currently pumping out. Unlike many of those bands, Blood Knife doesn’t go in a thrash direction, and instead opts for a relatively standard heavy metal sound. “Tastes Like Skin” is their new EP, and ends up being a mixed bag. Make no mistake, there are moments on this EP that will induce whiplash, but not every second of the release is killer.

“Incinerator” is the first song, and is probably the strongest of the first three. It opens with a mid-paced heavy riff, but the song displays a more aggressive approach later on. The guitar solo is both melodic and dazzling, and is followed by a slight bass solo. Despite the great musicality of this song, it also presents the weak link of Blood Knife: the vocals. This track features both clean and harsh vocals; the clean are more prominent than the harsh, though the latter are very competent and quite enjoyable. Unfortunately the same cannot be said for the singing. This style of vocals is not particularly conducive to metal, and I would even liken them to something like grunge before metal. Blood Knife’s vocalist has neither a soaring range, nor an aggressive bark; instead, he uses a passive-aggressive tone that is closer to Soundgarden than it is Judas Priest.

With that said, it is worth fighting through the vocals to get to the music because there is a slew of solid riffs. “Take His Face Off” picks up where the first song finished with some heavy, enjoyable riffs. The prominence of the bass in the mix of this song really adds to the performance, as well as the fantastic use of double bass towards the end of the track. The third song is largely in the same vein as the two that preceded it, though not quite as potent. “Onslaughter”, the closer of the EP, is an instrumental that shows the band at their best. This song has by far the fastest and thrashiest riffing and even a harmonized section, mixed amongst the band's typical sound. It is always difficult to be put in a situation where the singer has to go, but “Onslaughter” clearly reveals it is for the best. If non-metal vocals don’t particularly bother you, “Tastes Like Skin” is well worth a shot. 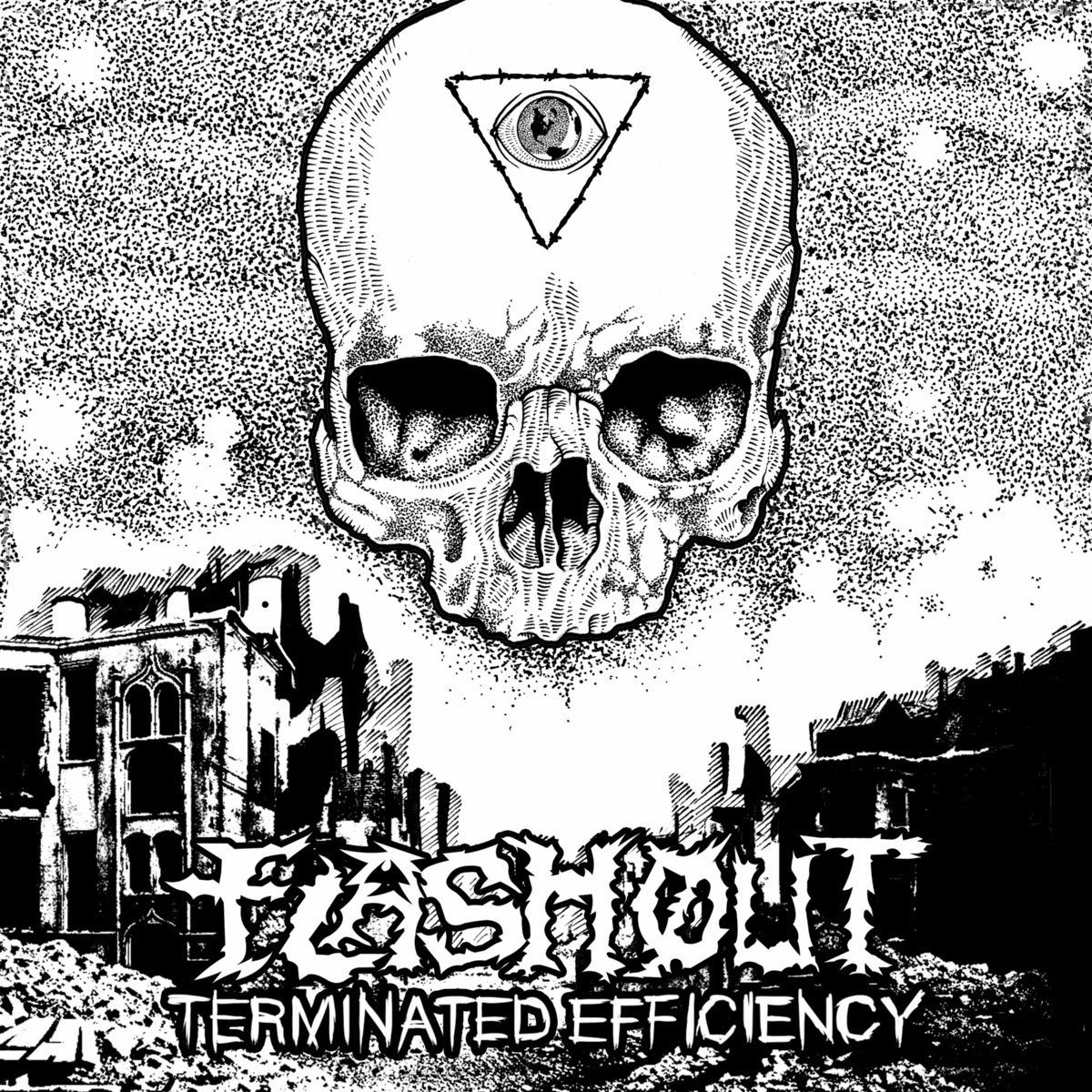 Flash Out is a Canadian band that plays a twisted form of crust-infused metal and punk. “Terminated Efficiency” is relentless release that displays a complete mishmash of styles (or at least, to someone like me who isn’t a crust guy) into one noisy sound. The songs are short, fast, and absurdly furious. This album is highlighted by some solid, albeit unmemorable, riffs that are sure to get your head banging. Like many bands, the faster Flash Out goes, the better they get. “Derailed” reaches tempos that many dare not dream of, yet its ferocity makes it an immediate winner. The speedier numbers emphasize the incredibly tight performance by drummer Cory Thomas. His playing is always on the mark, and is relatively creative.

The vocal approach on “Terminated Efficiency” is somewhere between death groans and less coherent mumbling. The words are difficult to understand, even for a seasoned death metal listener, and the phrasing consists largely of short grunts. Sometimes this makes the vocals blend in with the already heavy low end. With that said, some songs, such as “Brain Fart”, sound like the vocals just weren’t mixed loud enough in the first place. To the band’s credit, they keep the songs relatively short, which makes it hard to lose interest. Even though the general sound is the same across the record, many tracks have their own slight nuances (be it a bass intro like on “Grey-Scaled”) that keep things engaging.


In the end, “Terminated Efficiency” does exactly what Flash Out has attempted to accomplish. For those who don’t dig much crust, it is difficult to derive much from this release, simply because the album comes across as very samey. But that was the same thing I (and many others likely) said the first time we heard a death metal album. Flash Out is good at what they do, but that is a very acquired taste. 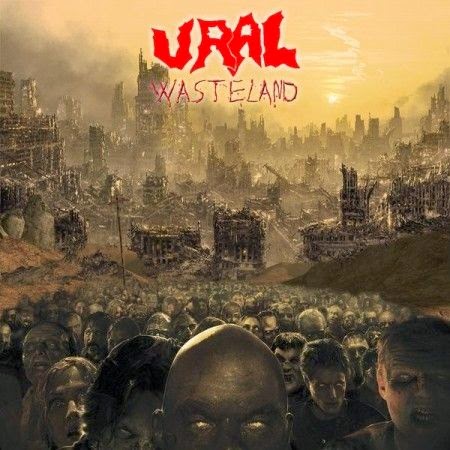 “Wasteland” marks the second demo for Italian-based thrash metal band Ural. Within seconds of it starting, many listeners will be instantly surprised to hear this is not your typical Italian thrash metal band. There is not much Exodus influence to be heard, nor does the artwork or imagery bring back the glory of the 80’s. Instead, this release brings in a lot more influence from punk. The songs are energetic and fast, but retain a sort of punky tightness that one would expect from a crossover band like M.O.D., or even a straight-up punk band. Ural’s singer is also much more influenced by punk, as he does plenty of yelling and shouting on “Wasteland”. In “Title”, he even counts out the beats in one section, making the homage to the band’s punk roots more obvious.

This demo is composed entirely of short songs, and is really a brief shot of adrenaline. The final track, “Destruction”, is the most spastic, reaching some insane speeds. Amazingly, the song also slows down and busts out a fantastic almost bluesy riff. This diversity is not particularly common on “Wasteland”, but only because the release is so brief that the band really throws their all at the listener to make an impression. Both the second and third song have some schizophrenic sounding guitar solos that make an already aggressive release even more brutal.


Despite this release barely spanning 6 and a half minutes, it manages to pack quite a lot of music in. It’s clear from “Wasteland” that Ural really appreciates the punkier side of thrash, and this release is a testament to that. While it differs from what many other Italian bands are doing, it also helps Ural to stand out more in a very crowded thrash metal scene.