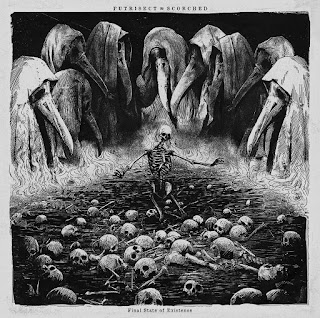 “Final State of Existence” is a new split courtesy of Unspeakable Axe Records that brings together two crushing death metal bands: Putrisect and Scorched. Normally I’d break out a split review by band, but in all honesty, most of the general comments about one band’s music can be applied to the other. Both Putrisect and Scorched play fairly typical old-school death metal: lots of tremolo picking, standard growled vocals, production that isn’t great but is still clear enough (with Scorched’s production gaining the edge), and the occasional blast beat (though Putrisect’s “Blasphemous Ritual” is filled with them). Scorched is a bit thrashier with their riffing, but most of the riffs on this album fall squarely in the death metal category.

One thing both bands do exceptionally well is make use of pinch harmonics. They don’t dominate the music, but they show up frequently enough to cause some serious mayhem. This is most evident on Scorched’s “Visceral Ascension”, which has the single greatest riff on the split. It causes some serious carnage, thanks in large part due to its subtle pinch harmonic usage (i.e. not Zakk Wylde level pinch harmonics). Another song deserving of special mention is Putrisect’s “Astral Martyrdom”. This one opens with a riff that would not be out of place on a mid-era Death record, and the riff is actually used quite a bit for the first minute of the song, but is played in different ways to keep things fresh.

Putrisect and Scorched both do a good job of mixing up tempos, but they never push the boundaries of either side (thankfully in the case of slow moments, and unfortunately in the case of faster ones). In fact, this would be a good summary of the split as a whole: band bands are incredibly competent and play relatively safe death metal. As much as I hate to admit it, this split took a while to get a handle on. I can’t help but feel that it would leave a more positive impact if one of the bands pushed the boundaries of death metal a bit further, but regardless, there isn’t a single weak moment on this release. If you’re a death metal fan, you’re going to be happy with the final product, particularly as old-school styled splits become less common in the metal world.
Be sure to check out and like Putrisect and Scorched on Facebook! 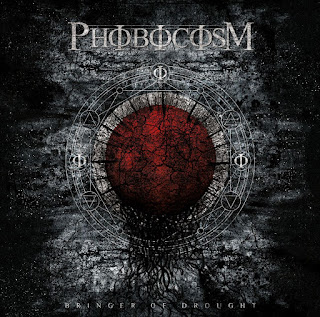 Soon to be released on the mighty Dark Descent Records, “Bringer of Drought” is the second album by Canadian death metal band Phobocosm. If you’re new to their music, it can be described in one simple word: heavy. Make no mistake, this is probably the heaviest album you’ll listen to all year. It is simply a crushing effort designed to obliterate the listener’s ears. The method used to accomplish this is two-fold: the opening song, “Engulfing Dust” takes influence from the doom side of things, while other moments on the album are faster and incorporate more blasting. Regardless of which speed the band moves at, they always utilize dissonant riffing, making the entire album feel like a giant wall of sound (made even more evident by the fuzzing feedback that the album fades out with).

The aforementioned opener, “Engulfing Dust”, is probably the best song. There is something very hypnotic about the way the band plays when they’re going slower; with pounding double bass and long, drawn-out notes that are sustained for a while, you can’t help but find yourself getting lost in the atmosphere the band creates. Even on the songs that are faster (“Tidal Scourge” and “Ordeal” in particular), Phobocosm often manages to incorporate these crushing sections into the music. Fortunately, the production on “Bringer of Drought” is relatively laid back, meaning that when the band’s drummer is blasting away, it actually feels like the snare is more in the background (in fact, the only “loud” drum is the ride cymbal, which is often used to accent certain beats). This is appreciated because it prevents the blast beats from taking over the music, and instead relegates them to an atmosphere-enhancer.


As with the previous album, the primary influence on the band’s more abrasive side appears to be Immolation, but Phobocosm is continuing to carve out their own sound. With lengthy songs that are difficult to latch onto, Phobocosm succeeds by drowning you in noise. Put simply, this album is a monolithic entity. It is aided by its relatively short run-time of about 35 minutes, as the album never overstays its welcome. It might not be the most active record, or have the most riffs, but that isn’t what it sets out to accomplish. Modern death metal often fails to hold my attention, but Phobocosm is clearly a leader in the genre, making “Bringer of Drought” one of the most essential records of 2016! 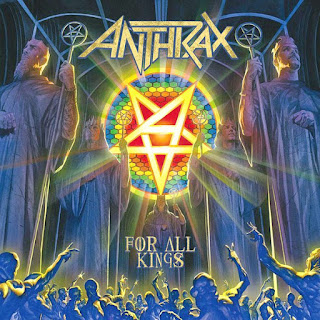