Game Over – Crimes Against Reality In terms of sheer quantity, few countries can match Italy’s thrash output over the last few years. For this reason, it is always impressive when one band stands atop the crowd. Since hearing Game Over’s first record, “For Humanity”, a few years ago, it became quite clear to me that this was the band to beat in Italy. While I haven’t had any luck acquiring a copy of their second album yet, they’ve already followed it up with a new record entitled “Crimes Against Reality”. This album shows the band taking a significant step forward in terms of both musical quality and maturity. There are a few songs that are classic Game Over: opening thrashers “33 Park Street” and “Neon Maniacs” deliver the band’s classic, straight-ahead thrash style. Both songs make extensive use of gang vocals, and the latter track also gets a bit punky at times.

While these first two songs might make you think it’s business as usual for Game Over, the rest of the record shows the band exploring new territory. “With All That Is Left” is the prototypical thrash ballad: it starts out much softer and gradually builds throughout the song, culminating in some epic leads and shredding at the end. The most interesting part of this song, however, is that it shows that bassist/lead vocalist Reno has a really good set of pipes. He offers an impressive range, and the ability to sustain notes much better than he has ever needed to in the band’s more typical thrash approach.

Not to be left out amongst the growing trend of sci-fi themed thrash, a song like “Astral Matter” is Game Over’s effort at getting a bit more technical and varied in their work. The track is succeeds in being more atmospheric in its approach by letting notes ring out on the guitars, creating a fuller sound. It also helps that this song features the most impressive bass playing, another common trait of more tech-orietned thrash bands. One would expect the title track to be similarly ambitious given its 7+ minute runtime, but surprisingly, “Crimes Against Reality” is just a really well written thrasher. It is more catchy than it is epic, but it's effective nonetheless.

Another song of note is “Fugue In D Minor”. Clocking in at 47 seconds, this track is really two shorter songs: one wicked crossover thrash tune where Game Over tells you about the fugue that they wrote, and then the fugue itself. This is an example of what makes thrash so great: even on a record where Game Over appears more inspired and serious, they manage to include a song that keeps things fun and light-hearted. After all, thrashers are mostly kids at heart, and this song proves it.


“Crimes Against Reality” shows an already impressive band taking a major leap forward. The songwriting is both adventurous and unique. Each musician shows off to the best of their capabilities without letting it ruin the flow of the music, and the production is similarly on point. There are moments of experimentation and moments of conservatism, with each being equally effective. The second half of the album is perhaps a bit weaker than the first, but that’s only because things kick off with 5 of Game Over’s best songs in a row (subsequent to the intro). On the whole, “Crimes Against Reality” is a defining record in Italian thrash. There is no doubt that decades from now, this will be considered one of the highlights of the entire scene!

at 9:19 PM 1 comment:
Email ThisBlogThis!Share to TwitterShare to FacebookShare to Pinterest
Labels: 2016, Crimes Against Reality, Game Over, Italy, Thrash Metal 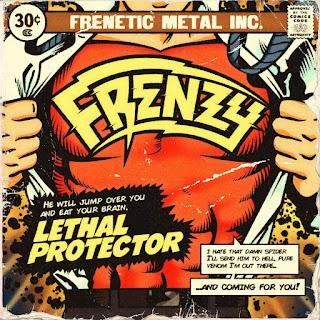 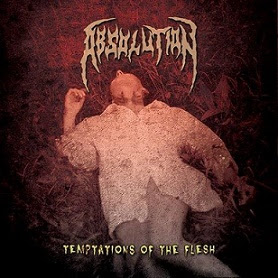