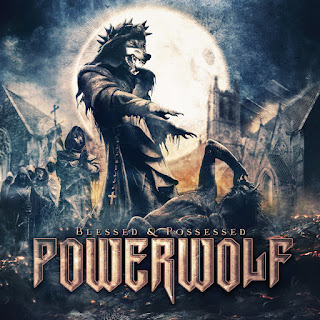 Hyades – The Wolves Are Getting Hungry 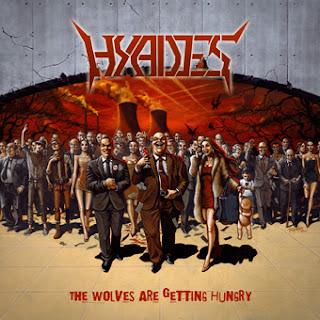 Before there was a new thrash album popping up every single week from Italy, there was Hyades. The band has been around since the mid-90s, but things really kicked off with their debut album “Abuse Your Illusions” in 2005. I have to imagine that this band is largely responsible for the absurd wave of thrash that has followed, simply because they’ve been doing it for so long and so well. “The Wolves Are Getting Hungry”, the band’s 4th offering, is another record in an increasingly long line of great albums. Though their was a 6-year wait between this release and their last one, the band picks up just where they left off.

For those unfamiliar with Hyades’ style, they play no-nonsense Bay Area-styled thrash. The riffs are heavy, crunchy, and occasionally melodic. The band has had a slight tendency in the past to go a bit too far when it comes riff plagiarism, but that issue does not appear here. Sure, this record is relatively unoriginal on the whole, but it captures exactly the spirit that it set out to emulate. In particular, this album has an excess of Exodus-inspired riffs (just listen to the opening of “Ignorance Is No Excuse”).

Beyond the riffs, Hyades is notable for their distinctive vocalist. His style is not uncommon in thrash (a raspy snarl), but his approach is unlike any other singer. It’s a bit goofy sounding, but pretty effective for the more fun, skate-themed thrash the band offers. As you might imagine, playing this style of thrash means that Hyades isn’t always raging at full-speed; in fact, there’s a lot of mid-paced moments on this record. The band is pretty good at these though, in part because of their aforementioned singer, but also because this album is so heavy. The production is absolutely crushing, with the low end (and the bass drums in particular) sounding like it’s about to bludgeon your skull in. The guitars are thick and distorted, not unlike modern Exodus. The band ties this together with excellent use of gang vocals to make things even fuller.

This is one of those albums where if you’re familiar with the band, you know what it will sound like before you hear it. The only real negative is that things can start to run together after a while because the songs aren’t the most memorable. With that said, there isn’t a single moment on here where Hyades does not deliver the riffs. For this reason, “The Wolves Are Getting Hungry” is a must-listen for fans of Italian thrash!

Highlights
"Ignorance Is No Excuse"
"The Great Lie"

at 8:39 PM No comments:
Email ThisBlogThis!Share to TwitterShare to FacebookShare to Pinterest
Labels: 2015, Hyades, Italy, Punishment 18 Records, The Wolves Are Getting Hungry, Thrash Metal 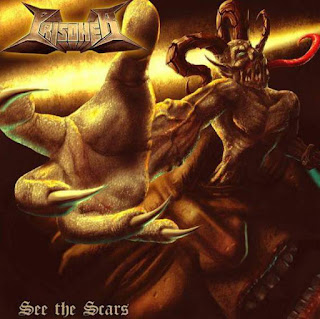 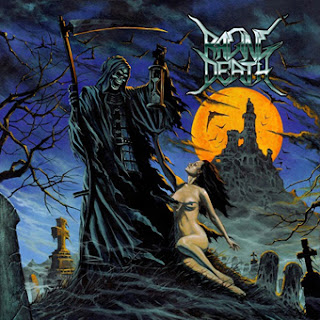 “Raging Death” is the self-titled debut album from an impressive Polish thrashing force. While the Polish thrash scene is by no means barren, it is always nice to see more bands come out of it, especially when they deliver the riffs as well as Raging Death does. This is not an album of power ballads, nor is it one with an emphasis on tech-noodly riffs. Instead, the band hits hard, fast, and often. Once the opening song, “Space Invaders”, starts raging, it takes two minutes until the band lets you catch your breath, and even at that point, they’re still employing an Overkill-esque galloping pace. Prior to that, their sound consists solely of full-speed ahead thrash. There is the occasional calmer moment, like the intro to “Back To The Past”, but Raging Death doesn’t linger with this sound, instead opting to return to breakneck riffing.

In an attempt to hearken back to the days of old, Raging Death has vocalist that stands out a bit from the crowd. He’s a little bit in the vein of those high-pitched shouters (ex: Fastkill), except that he’s more reined in. His delivery is both more understandable and less ridiculous, and this is a good thing because it allows him to have a unique identity while not being a gimmick. As you might imagine, this also makes the songs easier to follow. The aforementioned “Back To The Past” actually has a couple of parts where the band lets the chords ring out so that their vocalist can get a couple of cleaner lines in (this occurs before he unleashes a piercing scream in the chorus). In addition to this screecher, the band also makes excellent use of gang vocals, such as in the chorus of the band’s eponymous song, which shows a serious attempt at writing something that will stick with you.

Another great element of “Raging Death” is the production. The guitars are incredibly crunchy, and always ready to jump out at you with the next riff. By contrast, when there is a solo or lead, they feel very smooth. It almost sounds too easy when a guitarist is shredding because of how clean it sounds in these sections. Due to the speed at which the band often plays, things can get a bit chaotic at times (see the main riff of "Race of Races" for one example), but it never feels like anyone is fighting for attention. You might have to put in a bit more effort to hear the bass, but on the whole, this mix feels both very natural and very appropriate for a thrash band that worships the old guard. Both from a songwriting perspective and a musicianship one, Raging Death is a cut above most of their peers!