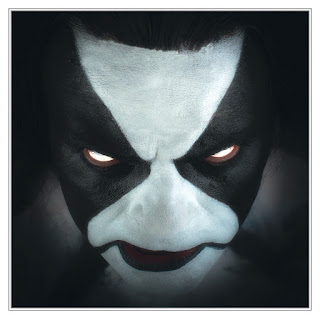 Following his split with Immortal, Abbath is back with his first album for his self-titled band. Not only is this release significant because it is the sole record under the name Abbath, but it has also been 7 years since the release of the last Immortal album. For the most part, “Abbath” is true to Immortal’s most recent sound. There are tons of frosty riffs, blast beats, and of course, Abbath’s iconic frog-croaking vocals. Most importantly, the man can write some pretty compelling songs. This is the primary reason why Immortal has always been one of my favourite black metal bands: their songs have a lot of memorable parts. This record is no exception. One great example is the opening riff of “To War!”, which kicks off the record. It locks into an excellent groove, complemented by a truly crushing rhythm production. While the album still has a slightly garbled, black metal-appropriate production, it does manage to match the heaviness of cleaner death metal bands, and is especially aided by the stellar bass playing.

“Winterbane” will test the limits of fans of purer black metal, as the chorus ends up in a bit of a waltz-like beat. The simplistic kick-snare-kick-snare drum pattern in this section creates a unique feel that makes this song a highlight of the album. “Ashes of the Damned” is another noteworthy track. Though it is driven largely by blastbeats, the chorus features a symphonic emphasis on a couple of notes that is more strange than good. As the album charges on, it continues in classic Immortal form, perhaps with a bit less speed than usual, but certainly with just as much effort put into the songwriting. "Root of the Mountain", for example could be seen as a plodding, lengthy journey, but it manages to create a substantial amount of atmosphere, making the song an enjoyable experience. Every track tries to have a central theme, melody, or moment that you can refer back to, making each of the 8 songs easily distinguishable from one another.


Consistency is both the knock against the band, and what makes Abbath good. Though he doesn’t deliver albums of the same quality of similarly consistent bands like Motorhead or Tankard have in the past, he also doesn’t release albums quite as often. This means that these albums are welcomed because they are few and far between. Sure, it’s not going to top many year-end listens, but if you ever crave more later-era sounding Immortal, “Abbath” is up to the task.