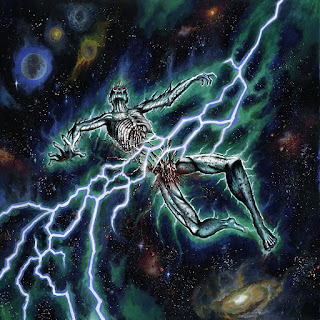 Long-time followers of metal’s best underground label, Dark Descent Records, have had quite a wait for the second record from Finland’s Gorephilia. After 5 years, the band is about to release their sophomore release, entitled “Severed Monolith”. The band’s music is new to me, but it’s easy to see why people would be anxious for a release from this group. “Severed Monolith” successfully captures many elements of what made the best old-school death metal bands great. Morbid Angel in particular seems to be the biggest influence, as this album has twisted, sadistic riffing that utilizes uncommon intervals and harmonies, in addition to schizophrenic soloing. There are plenty of rolling double bass grooves, as well as a sufficient amount of chaotic blasting. Nobody can truly emulate Pete Sandoval, but Gorephilia’s drummer does an admirable job.

“Severed Monolith” does have a tendency to blend together. Though the songs themselves provide plenty of variety, few tracks rise above the others to make any meaningful impact, as this record is best enjoyed as a whole. Perhaps the lone exception to this is the epic that almost closes the record, “Crushed Under The Weight of God”. This song is as massive as its title implies, and though its length of nearly 10 minutes exceeds almost anything by Morbid Angel, this track shows Gorephilia with their best worship of the Floridian legends.

The remainder of the album is similar in style, but not quite as memorable. Nevertheless, the band also displays other influences, including doomier sections, as well as more dissonant, Immolation-esque moments. The band isn’t afraid to have lengthier instrumental sections, or even just use haunting screams as background noise (see the first minute and a half of “Black Horns” for a great example). Of course, their vocalist also delivers the necessary brutality to fit in with the rest of the music. His voice is a low rumble that rarely delves into anything too adventurous, but it gets the job done.


With “Severed Monolith”, Gorephilia have created an excellent album that is incredibly faithful to death metal’s classic records. Sure, we’ve all heard music like this 1,000 times before, but it doesn’t make it any less effective. There’s really nothing to fault the band for, as this record doesn’t overstay its welcome, and doesn’t bother with failed experimentation. As a result, “Severed Monolith” is an early contender for being one of the strongest death metal records of the year!

Highlight
"Crushed Under The Weight of God 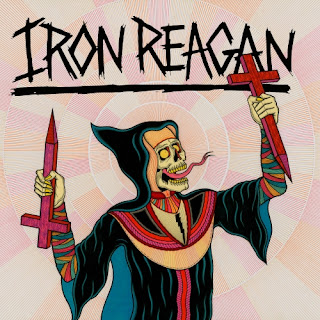 “Crossover Ministry” is the very appropriately titled third album from American thrashers Iron Reagan. Given that the band features Municipal Waste’s singer (and their bassist on guitars), it’s no surprise that Iron Reagan has a similar sound. In this band, however, it feels like the music leans more towards crossover, whereas the Waste is a bit heavier on more traditional thrash elements (particularly on later releases). Nonetheless, “Crossover Ministry” is going to appeal to anyone with an appreciation for short songs, vocals that are absurdly fast and consist entirely of shouting, and music that is trying to make a statement in its lyrics. The band is often at their best when they write their simplest work. Songs like “More War” and “Dogsnotgods” have brilliantly catchy choruses that are great for shouting along to. Even the 14-second “No Sell” manages to stand out because of its clear focus.

The weakness of “Crossover Ministry” is that it doesn’t really have any pit-inducing riffs. The guitar work is certainly adequate for thrash, but this album shows the importance of Ryan Waste to Municipal Waste, because the quality of the riffs is really the major difference between the two bands. This record still thrashes with sufficient conviction throughout, but isn’t quite an upper-tier release. On “Megachurch”, things go totally off the rail when some weird nasally vocals are used for parts of the song, but that is the only time on the album where the band really steps outside of their comfort zone. The album as a whole is an enjoyable listen, but unlikely to be one worth repeating for years.