Morbus Chron - A Saunter Through the Shroud [EP] 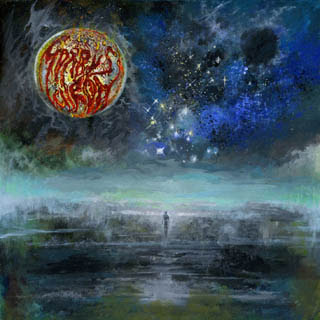 If you've been keeping up with one of the best new death metal acts in Morbus Chron, then you're more than likely well aware of their recent changes, like signing with one of the biggest metal labels in the world, Century Media. There was a small part of me that was skeptical about the whole move given the majority of Century Media's roster being shite bands, but after listening to "A Saunter Through the Shroud," I have no worries about the band altering their sound for the label. In fact, the band did change their sound, but I'm sure it wasn't to appeal to their new label, because anyone who listened to the band's excellent debut "Sleepers In the Rift" can tell that there's a natural evolution of sound taking place on these three songs. The eerie aura and general weirdness of the group's last full-length is well noted, and on this EP, the band tapped into that sound to see just how far they could take that "abstract" factor in their brand of death metal.

Morbus Chron's newer material might take a few listens before the listener can absorb everything, because there is a lot going on in these thirteen minutes. The riffs seem to change constantly, as the majority of them wander the fretboard and show glimpses of the band's more technical influences. On the previous record, there was a very healthy dosage of Autopsy in the riffs and overall sound, but on "A Saunter Through the Shroud," it seems like the band is channeling the great Chuck Schuldiner a bit more. "Black Orb Reverence" has plenty of melodies and riffs that remind one of Death on "Human" and their later progressive material as well, but the Swedes never really take their music so far in one direction, allowing them to weave in some other influences and bring their own feel to the music, making any comparisons involving this group multi-faceted and never just to one single band. "The Place of Four Hundred Volcanoes" is an absolutely deranged track that will please fans of their previous material that embraced the eerie atmosphere, while simultaneously retaining a ruthless sound that is easily capable of sending shivers down the listener's spine. In addition to the riffing and structures of the songs, Robba's vocals also possess a lot of Chuck Schuldiner, only a lot more savage and disturbed, making their presence one of the highlights of the band's music. I'm almost positive that there are going to be people out there who loved the band's previous efforts, but may dislike this one because of the slight changes in the overall sound. The band has clearly shown where they intend to take their music on their next album, and I for one cannot wait. This material is still insane and Morbus Chron is in the perfect position to continue pressing on as one of this generation's best death metal bands.