Disforia – The Age of Ether 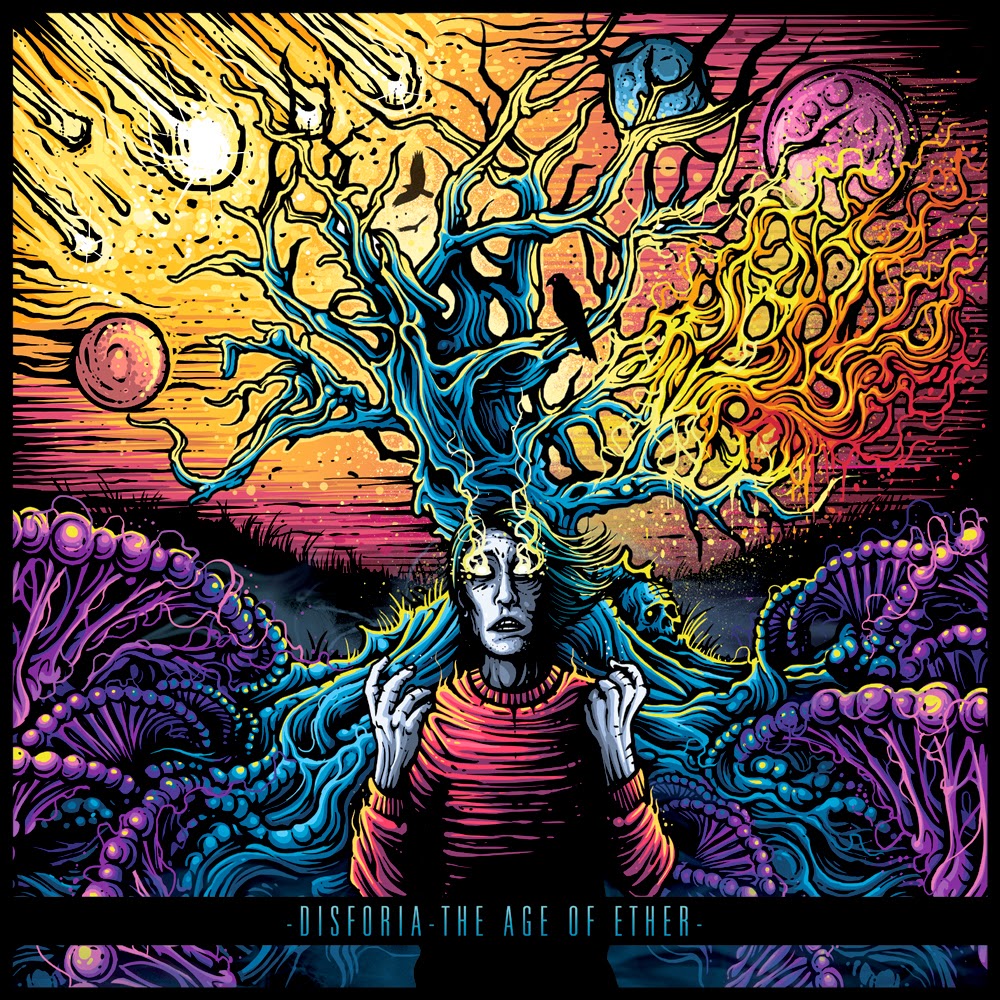 Disforia is a modern progressive power metal band that comes from the US, and despite this origin, their primary influence is straight from Germany. “The Age of Ether”, their debut full-length, is an ode to later Blind Guardian (post-Imaginations), and even features an appearance from Hansi on one of the later tracks. Despite this nod to one of Germany’s best, Disforia can show their own sound at times as well. The main factor that draws the comparison to Blind Guardian is vocalist John Yelland. While not a dead ringer for Hansi, he has a similar sound to Hansi’s less nasally moments. In addition, the use of vocal layering (and really the layers of instruments as a whole) brings in that epic choir-like feel.

The band is at their best on the shorter tracks. These songs are more straightforward and a lot catchier. This preference likely comes from my dislike of progressiveness, but sometimes things are just hard to follow when you have an hour of material and relatively loose song structures. A track like “Dream Eater” is a great example of how progressive influences can creep into a song without overwhelming it. In fact, despite being a bit too dominated by keyboards, “Dream Eater” is by far the best song on the album. The song has a brief appearance of harsh vocals (that are also present in other tracks on the album), but what really drives the track is the brilliant lead guitar work underneath the chorus. It has a very rocking feel to it, and is something you don’t hear too often in metal, particularly in power and progressive metal, which are a bit more calculated and precise than this.

Unfortunately after this track, the album takes a bit of a turn for the worse. There is an onslaught of tracks that exceed 8 minutes, and while there are a lot of interesting ideas present in these songs, they ultimately lack focus. This disregard to standard song structures is of course a major part of the appeal to progressive music, but the band showed so much promise on earlier tracks like “Chaos” and “Dream Eater” that it is a bit frustrating to see them take this direction. Regardless of my dislike of this style, there are still a lot of great elements to Disforia. No matter what else is happening in a song, Yelland’s vocals are always enjoyable. His voice is almost preferable to Hansi’s simply because it is cleaner. Another great element of this music is that there is almost always a cool riff going on. While progressive tendencies sometimes lead to riffless bands, Disforia has plenty of riffs to offer, and they use them often enough that the music doesn’t get stale. Hansi’s appearance on “The Dying Firmanent” is interesting because if you are listening to the album as background noise, you won’t even notice it. Yelland sounds similar enough that you could definitely mistake him for Hansi. Nevertheless, these singers sound great together.


On the whole, “The Age of Ether” is a perfectly enjoyable record. The only reason for my negativity in this review is because of my extremely strong preference of power metal over progressive metal. Disforia does both sounds incredibly well. There are some interludes, but they are never intrusive to the point of ruining a song, nor do they lead to a situation where there is 4 or 5 minutes without music. They blend into the atmosphere created by “The Age of Ether” perfectly. If you’re looking for later-era Blind Guardian with even more prog influence, Disforia will definitely appeal to you.

at 10:36 AM
Email ThisBlogThis!Share to TwitterShare to FacebookShare to Pinterest
Labels: 2014, Disforia, Power Metal, Progressive Metal, The Age of Ether, USA