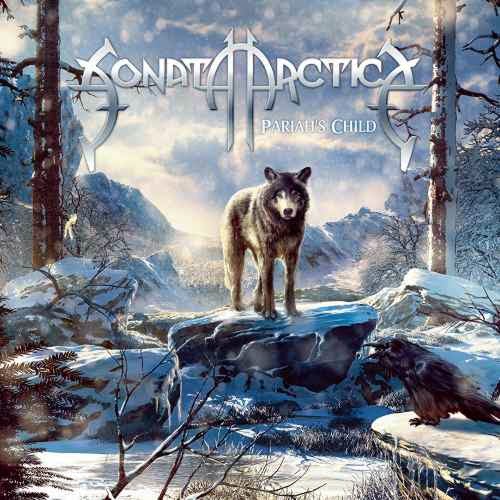 Sonata Arctica has recently joined the unending legion of power metal bands looking for a fresh start. Like many others, they started their career with blistering high-speed power metal that was painfully catchy, and gradually dumbed down their sound over the years. For some bands, this worked great. In Sonata Arctica’s case, I really can’t comment fairly as I’ve only heard the first three records. What I have noticed is that “Pariah’s Child” - like seemingly every other new power metal release - is heralded by the band as a return to their roots. From the second the album kicks off, it is immediately clear that this isn’t a successor to “Ecliptica”. That doesn’t mean it’s a bad album though. In fact, there’s really no problem with the music presented on “Pariah’s Child”. There are, however, a mess of issues that do a lot of damage to an otherwise acceptable album.

Somewhere over the years it appears that Sonata Arctica has taken some serious influence from Freedom Call and Power Quest because these Finnish metallers have switched from soaring powerful melodies into vocal lines that are so upbeat that they are almost cringe inducing. There’s nothing wrong with that of course, and “The Wolves Die Young” shows how effective this can be as this song is the pinnacle of catchiness on the record. Other times, however, it works against the band, such as on “Cloud Factory”. This track starts out well, but it reveals the biggest problem with “Pariah’s Child”: a myriad of strange choices that ruin otherwise enjoyable songs. On “Cloud Factory” there is a sing-along section with clapping going on that takes the rest of the song down with it. Even the quintessential “whoa-oh” part of the song is poorly done compared to bands like HammerFall who excel at this sound. The very next track, “Blood”, is even more enjoyable than “Cloud Factory”, but it is also hurt by having an unnecessary voiceover. The biggest slap in the face comes in the form of “X Marks The Spot”. This song is by no means the best, but it’s a fun number. Unfortunately, the entire song has a “rock ‘n roll preacher” spouting nonsense over top of the music and even Tony Kakko’s great vocals. I don’t think I’ve ever heard something so obtrusive in a song. This is another track destroyed by the band’s need to do something different.


Lost in the whirlwind of puzzling choices made by Sonata Arctica is the fact that there are a lot of quality moments on this record. “What Did You Do In The War, Dad?” is very much in the vein of “Fullmoon” and “Replica”; a semi-ballad that is well written and a major highlight of the album. The other ballad, “Love”, is nothing out of the ordinary in the world of power metal ballads, and that means it is excellent. At this point, Kakko’s vocals are what keep this band alive, and ballads showcase his talent best. Of course, when the band does get up to old-school tempos, they also shine. The chorus of “Blood” shows this well, as does “Half A Marathon Man”. All in all, there’s a lot of good stuff on “Pariah’s Child”. This album's problems are entirely self-inflicted; the band has all of the talent in the world, but it’s hard to get past the frustrating moments on this album. Given the abundance of power metal out there this year, and the fact that we will always have “Ecliptica” to enjoy, “Pariah’s Child” is an album that might be worth skipping. Fans of the band's newer sound should enjoy it though.

Highlights
"The Wolves Die Young"
"Blood"
"What Did You Do In The War, Dad?"
"Half A Marathon Man"