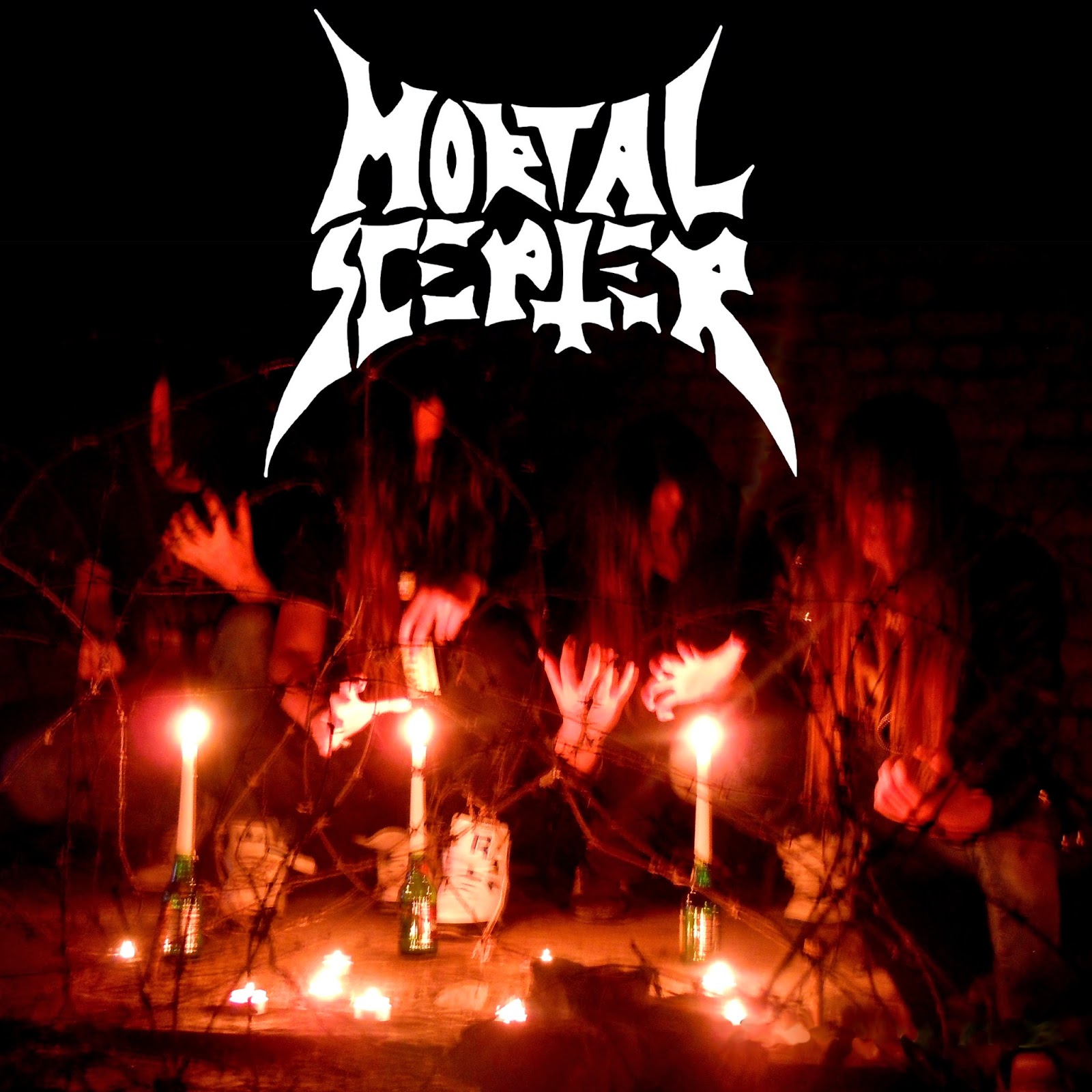 If there’s one thing the world needs more of, it’s blackened thrash metal. There is something incredibly satisfying about hearing thrash that is incredibly primal and evil in nature. For that reason, I get really excited to hear from bands like Mortal Scepter, who play this style of thrash in the way it was meant to be done. The band’s 4-track demo is their first release, and is an absolutely wicked offering of depraved thrash metal for anyone who enjoys bands like Witchtrap, or even the first Destruction EP. Interestingly, the opening track, “Satan’s Arrival”, goes in a bit of a different direction. Make no mistake, it is firmly rooted in blackened thrash, but it also takes a ton of influence from the guitar playing of Mike Scaccia of Rigor Mortis. Tremolo-picked leads are abundant throughout this track, and they make it incredibly memorable. Despite being an instrumental, “Satan’s Arrival” is always offering up something interesting. This song sets the bar high, and while the rest of the demo is fantastic, “Satan’s Arrival” is definitely the highlight.

The other three songs exemplify what makes this style of music great. If early thrash metal can be thought of as the New Wave of British Heavy Metal with more speed, then blackened thrash metal can be thought of as the same but with more Satan. Seriously, some of the riffs on this record sound like amped up long-lost Grim Reaper riffs (see: “Nuclear Armageddon”). To be fair to Mortal Scepter, they also thrash out pretty hard at times. “Violent Revenge” is the most ripping track on this demo, as it is a relentless assault of furious riffs. The aggression of these songs is amplified by the general noisiness of the production. The drums in particular really add to the atmosphere. They’re loud, and little to no attempt has been made to balance out the cymbals with the rest of the instruments. Often times, this can really hurt an album, but in Mortal Scepter’s case, it works to their advantage. This is particularly noticeable when the ride cymbal gets going, and is even better when the band slows down a bit and uses the ride to create an uneasy feeling (such as the one at the 2:35 mark of "Violent Revenge". This propensity towards noise largely drowns out the bass playing, but this album is still incredibly chaotic even without enough low end. The vocals on this demo are of the harsher variety. Though they don’t quite cross over into full-on black metal, they are definitely quite close.

On the whole, this is one impressive demo. It seems like, on average, bands playing this style of music are just better at writing riffs. There isn’t a single riff on this demo that isn’t going to cause some mayhem. While some may see the lyrical approach towards Satan as a bit cliché or tired at this point, it really adds to the whole product for me. Black/thrash is a style of music that is meant to be fun, and it does that through sounding like pure evil. Mortal Scepter embody the spirit of evil, and that’s why this demo is so effective.