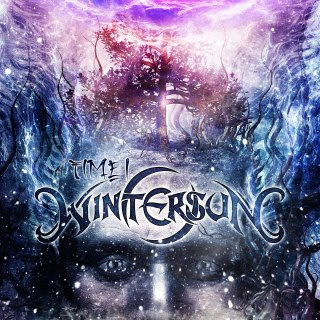 After 8 long years, Wintersun has finally returned with part one of their new material, “Time”. I don’t want to dwell on the fact that has been a while since the last album, but I definitely want to talk about the decision to release this as two separate records. Whether or not Jari Mäenpää or Nuclear Blast made the decision, it was the correct one. Simply put, this album is an epic, bombastic affair of keyboards and symphonic atmospheres that is almost too much to handle. 80 minutes of this style of music would be physically draining on the listener, and I say that because even 40 minutes can be quite difficult to fully absorb what is going on. There may be only three full songs on “Time I”, but they are more than enough material to satisfy the listener.

The instrumental opener, “When Time Fades Away”, introduces some new oriental influences to Wintersun’s brand of folky melodic death metal. By the time this song is over, you start to understand the transition in sound from the debut to this record. On “Time I” Wintersun uses more clean vocals, keyboards, and melodies. That isn’t to say that every song here is a rehash of “Death and the Healing” from the debut, but there is certainly less speed and intensity on this record. The band definitely embraced the “melodic” part of melodic death metal. “Sons of Winter and Stars” is the first epic and is actually the track that is most similar to the debut album. There are blastbeats and riffs aplenty, and the intensity is kept up throughout the song; however, you will notice the increased use of choirs and clean vocals. The other two lengthy songs are employ similar methods, but are not quite as fast. In fact, one of the most interesting aspects of this album is the huge range of dynamics. There are perfect transitions from huge, heavy death metal moments into quieter acoustic and keyboard driven sections with Jari's clean vocals over top.

My only real complaint on this record is the lack of guitar solos. They do show up (there is some serious shredding going on in the title track), but are generally less frequent and shorter than on the first record. Considering how talented both of these guitarists are, it’s too bad. The musicianship is great, but they don't show off like they did on “Wintersun”. The only major improvement instrument-wise is the great clean vocals by Jari. His singing sounds more confident and powerful than ever before. A second caution with this record is how over-the-top it is. There are numerous layers of instruments, and the band changes tempos and moods quite often. Don’t dismiss this as lacking substance; it definitely takes more than a few listens to enjoy the album, and I’m not even sure it’s fair to review it so quickly after it was released. Don’t overthink this record, just put it in and listen to it often. If you put the time in to appreciate this masterpiece, you will definitely get more out of it than your average album.

Be sure to check out and like Wintersun on Facebook!
http://www.facebook.com/wintersun?ref=ts&fref=ts
Highlights
"Sons of Winter and Stars"
"Time"